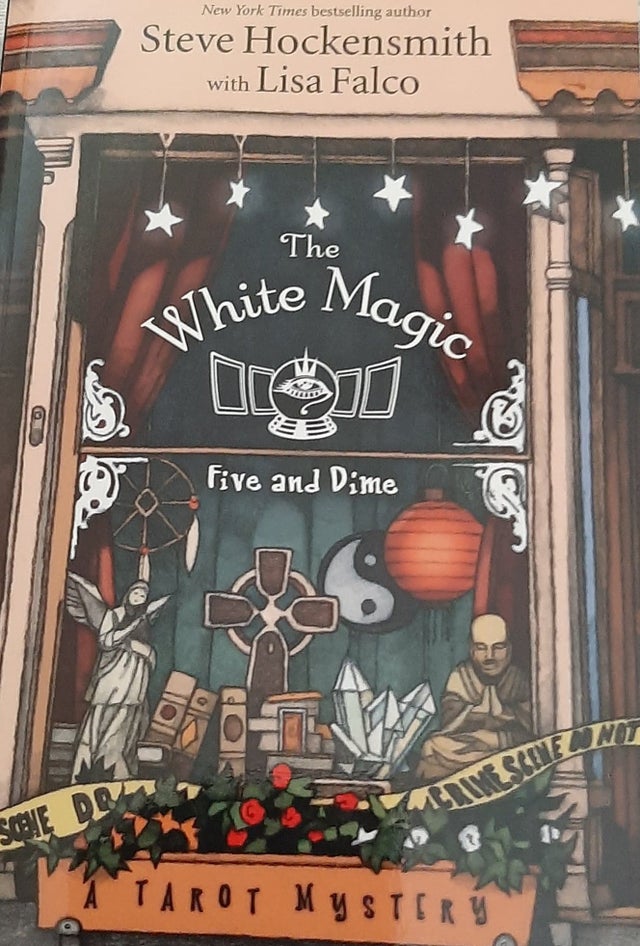 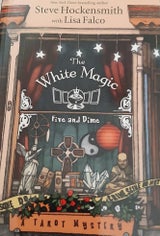 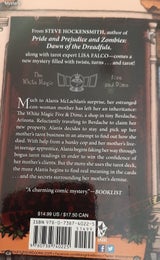 The White Magic Five and Dime: A Tarot Mystery

What a treat is this book by New York bestselling author Steve Hockensmith alon with tarot expert Lisa Falco.

When Alanis McLachlan learns that her mother's been murdered, she's completely unsurprised. Not that Alanis had been given a glimpse into the future. That would be crazy, right? It's just that her con-woman mom, Barbra, was bound to cross the wrong people sooner or later. It's why Alanis was lucky to get out of her childhood alive - and why she hadn't spoken to her mother in decades.

But there is a surprise in store for Alanis. Barbra left her something in her will: a New Age shop in the tiny tourist trap town of Berdache, Arizona. The White Magic Five & Dime.

After going to Berdache to claim her inheritance, Alanis is drawn into the mystery around her mother's death. Did one of Barbra's customers finally get wise to her con-artist ways and take revenge? Alanis thinks she knows how to find out: She'll make those customers her own until she can find the killer. Alanis McLachlan, cynic and unbeliever, is about to become a tarot card reader.

With a little help from her mother's teenage apprentice and a snarky tarot how-to book called Infinite Roads to Knowing, Alanis begins bluffing her way through phony readings. But the more she gets to know the cards, the more she sees real meaning in them...and the closer the murderer comes to making her the next victim.